Need more free things to do? Tiny parks catch on in Vancouver 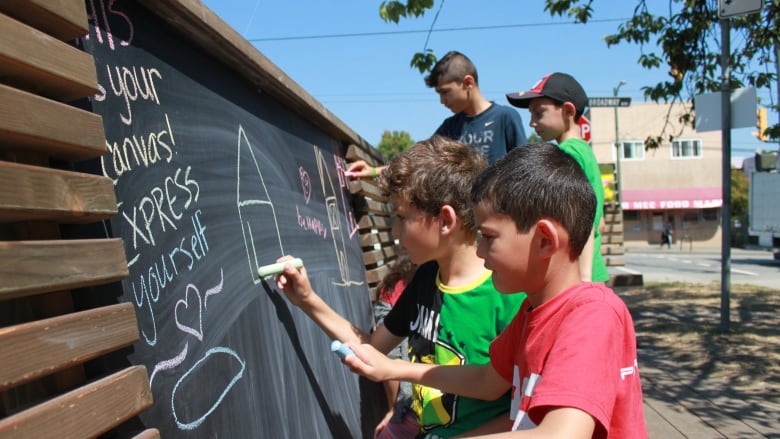 Listen to the full story:

East Vancouver has a new park. And it’s tiny.

Mount Pleasant Neighbourhood House, a registered charity neighbourhood hub that offers events, childcare and community programs, has converted two parking stalls in front of its building into a mini park, or parklet.

The new gathering space on the corner of East Broadway and Prince Albert Street includes an enclosed patio with seating and a garden.

The parklet is meant to be viewed as an accessible front porch for the whole neighbourhood.

“We wanted to make a public space that’s visible to a really diverse group of neighbours that live near us,” van Enckevort told the CBC.

This is the first parklet sponsored by a non-profit organization, according to van Enckevort.

Parklets first started popping up in Vancouver a few years ago, but have always been sponsored by businesses and organizations, with the city’s approval.

This new parklet was a collaboration between neighbourhood house, Viva Vancouver and the Projects and Places Society, among others. 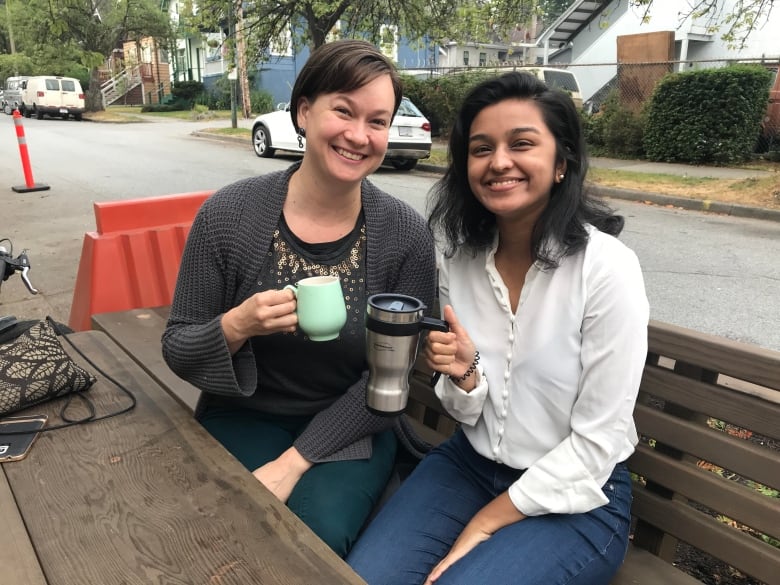 Volunteers built most of the parklet over the course of a weekend, van Enckevort said.

Other parklets can be seen in front of businesses on streets like Main or Commercial Drive. They often look like an extension of a business, but are actually open to anyone to use.

Abeer Yusuf, a volunteer at the Mountain Pleasant Neighbourhood House, immigrated from Malaysia to Canada five years ago.

“Coming to the neighbourhood house and seeing a diversity of languages … people from different cultural and class backgrounds … it really warms my heart because this is the kind of place I want to say I belong to,” Yusuf said.

The new parklet has accessible seating for seniors and people with mobility devices, and a community chalkboard for children to draw on. 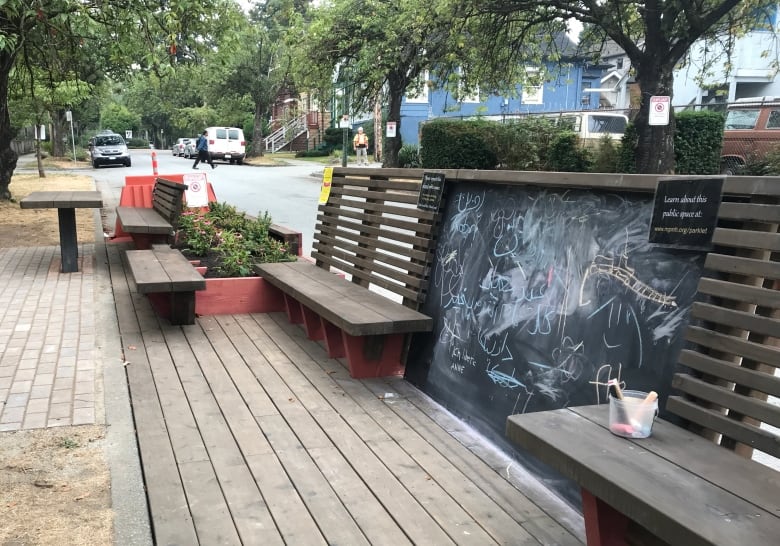 The parklet will also function as an art share space for queer and trans youth.

With files from The Early Edition.